The MCerberus® MCB-100 Series product line may be utilized by the User to monitor equipment and other processes. The MCB-100 product will send a text message if a piece of equipment turns ON, turns OFF, and/or turns ON or OFF (programmable).

The following summarizes the key process steps of this PRODUCT:

The AC trigger level, work cell name, and cell phone number are all programmable. The MCerberus® MCB-100 Series product line is priced attractively at $249 and includes UPS Ground shipping within the Continental United States. Applications of the MCB-100 device are as follows:

The following schematic illustrates the overall function of the mCerberus® MCB-100 product series. 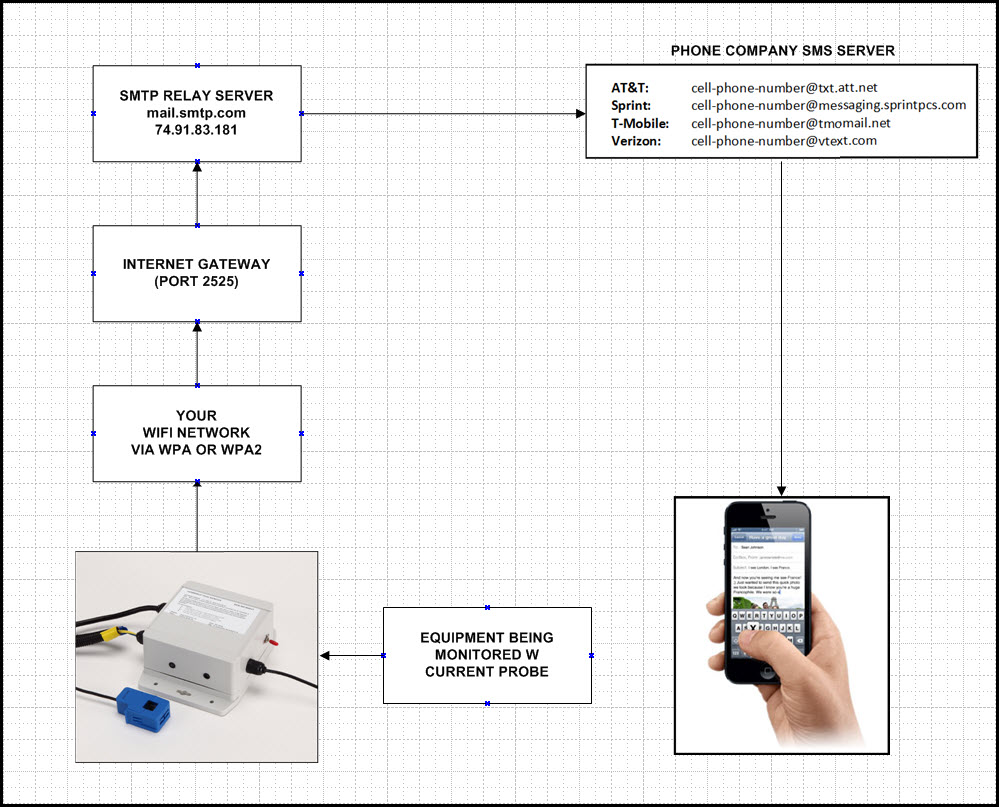